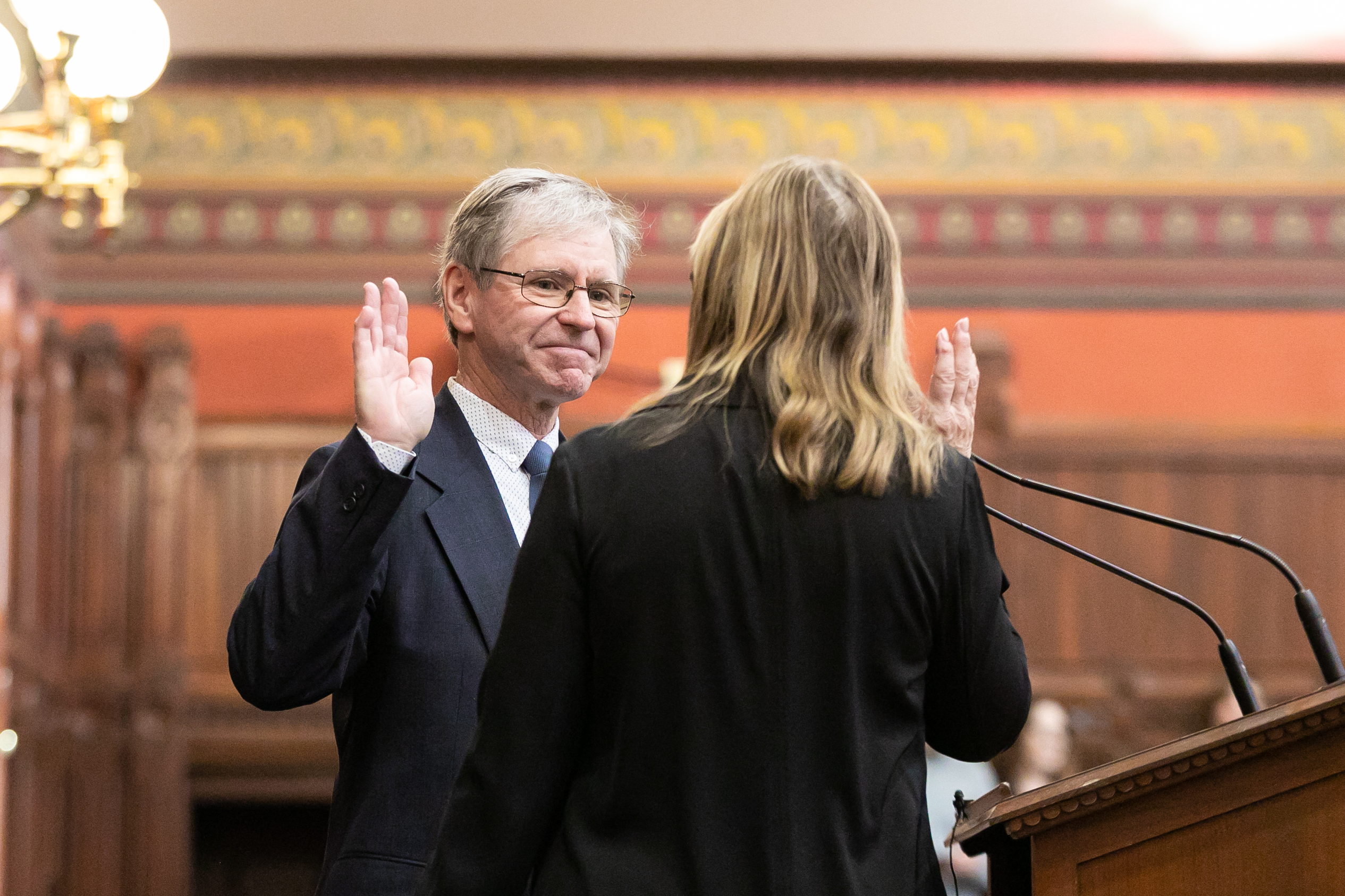 Surrounded by family, friends, and new colleagues, Brian Smith was officially sworn in as state representative for the 48th Assembly District during a ceremony in the House of Representatives chamber Wednesday afternoon.

"I am honored to have this community's support and to step into this new leadership role to serve the residents of the 48th House District," said Rep. Smith. "I am fortunate to have known Linda Orange and am proud to have this opportunity to carry on her work to strengthen our economy, lower health care costs, improve education in our state and prioritize public safety. Government should work for the people and help them overcome life's obstacles. I want to make people's lives better." 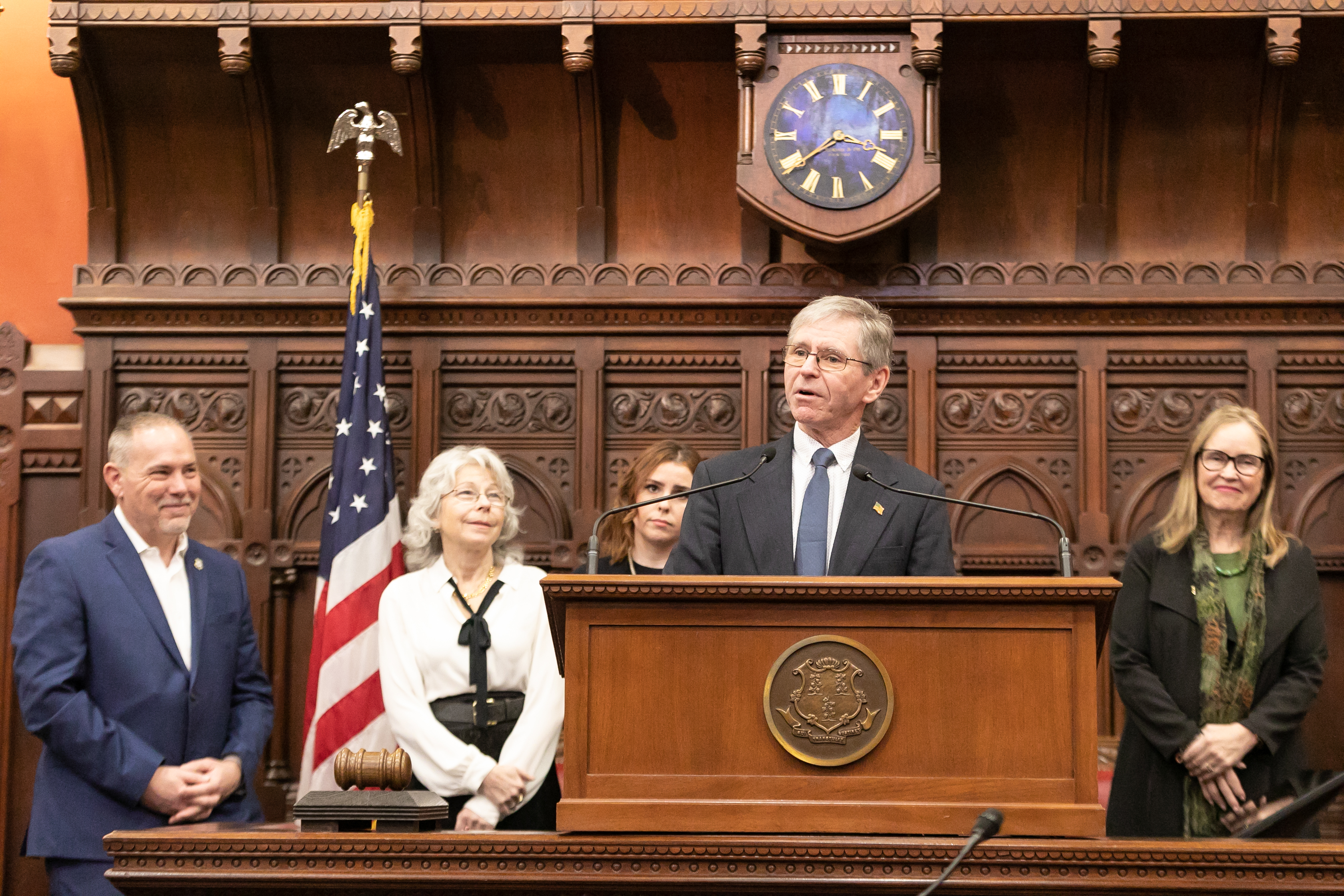 Rep. Smith won the January 14 special election for the 48th Assembly District seat, which Linda Orange served in for over two decades.

Before beginning his campaign, Rep. Smith had been retired for nearly two years. He announced his election run to continue Orange's legacy to move the state and district forward. Prior to his retirement, Rep. Smith worked as a marketing director for several law firms. Earlier in his career, he was a paralegal in a major law firm where he worked his way up to marketing director. 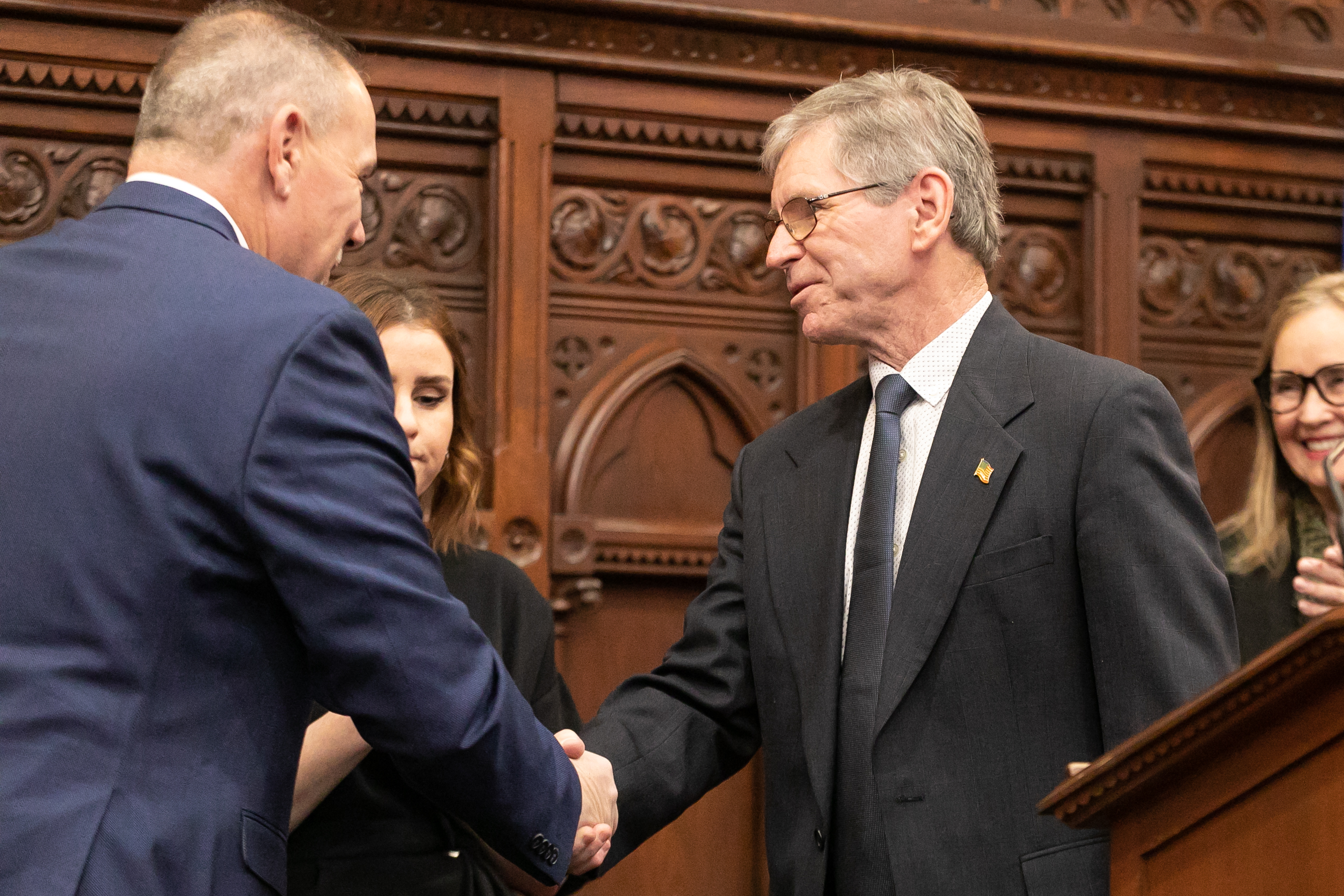 He has also worked on a family-owned tobacco farm in Enfield, he was a bartender, a waiter, and for his first job after graduating from Central Connecticut State University, he operated a drill press and lathe in a machine shop.

From a young age, Rep. Smith has understood the importance of public service and has found opportunities to better his community. He previously served on the Colchester Board of Selectmen, Board of Finance, Economic Development Commission, and Charter Adoption Commission. 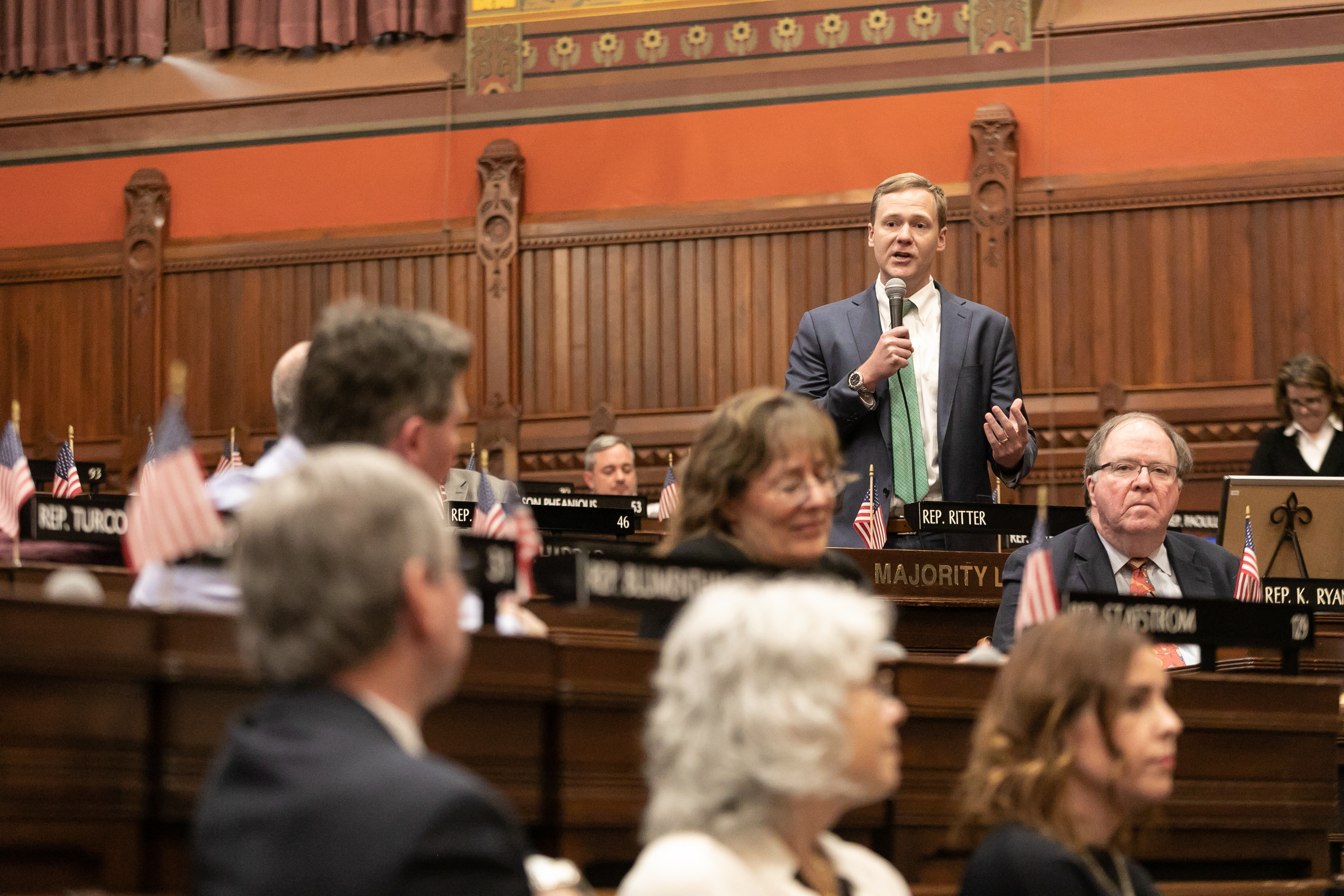 He also founded the Actor's Attic Theatre Company, Inc., a non-profit theatre in Hartford, which operated from 1983 to 1989. 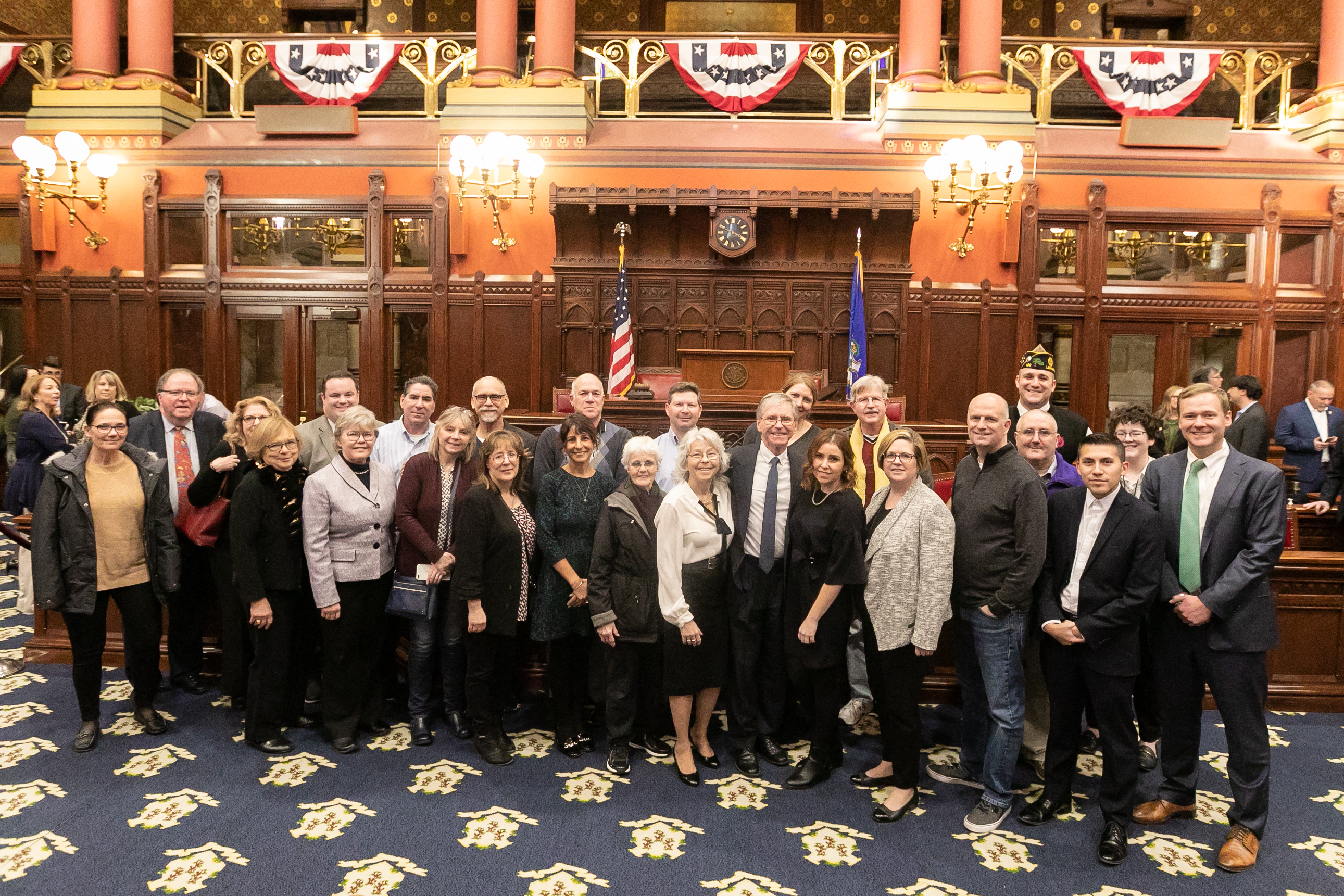