Speaker Aresimowicz said, “Bobby has proven he is a champion when it comes to advocating for Bloomfield and Windsor and I am pleased to announce that he will serve our House Democratic Caucus as an Assistant Majority Leader.”

“It will be an honor to work closely with Speaker Aresimowicz,” Rep. Gibson said. “I look forward to the challenges of this leadership position.”

In addition to serving as Assistant Majority Leader, Rep Gibson has been appointed vice-chair of the General Law Committee and a member of the Appropriations and Education committees.

The entire membership of the General Assembly will be sworn into office on January 9th at the State Capitol in Hartford during the opening day ceremony of the 2019 session. 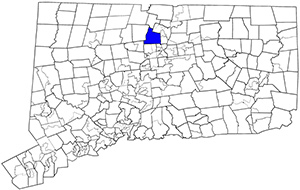