The right to vote is fundamental to our democracy and must be fair and accessible to all. As states across the U.S. seek to limit access to the ballot box, Connecticut is taking steps in the opposite direction. On Thursday, I was proud to stand alongside my legislative colleagues and advocates to call for passage of the Connecticut Voting Rights Act.

The bill proposal, Senate Bill 471, would strengthen the rights of protected classes of voters by providing legal tools for voters who experience intimidation or discrimination at the polls. The proposal would also expand language assistance for votes with limited English proficiency. Additionally, it would require municipalities that have a record of discrimination to prove that proposed voting changes would not harm voters before adopting the changes.

The federal Voting Rights Act was enacted to combat the long history of disenfranchisement and inequities embedded in our country’s democratic process. Once powerful legislation, this act has been weakened as states have passed policy eroding access to the ballot for marginalized communities.

SB 471 takes the opposite approach to strengthen voter access in our state and eliminate barriers voters of color, aging populations and income constrained communities often face at the polls.

According to the NAACP Legal Defense and Educational Fund, Connecticut has some of the most restrictive voting laws in the U.S. SB 471 could help rectify that. 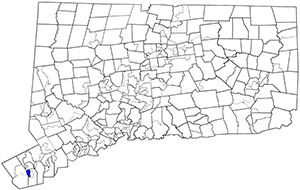