Alphonse Paolillo, Jr. was elected to the Connecticut House of Representatives in November 2016 to represent the 97th Assembly District in New Haven.

Paolillo was born and raised in New Haven, Connecticut. He attended Wilbur Cross High School, graduating in 1990. Paolillo went on to attend the University of Connecticut, where he earned a Bachelor of Arts Degree in 1994. After graduating from college, he worked for U.S. Sen. Joseph Lieberman’s office. Paolillo is now employed as a registered representative by John Hancock Financial Network in Rocky Hill, Connecticut, with more than 20 years of experience in that field.

Paolillo has represented the 17th Ward on the New Haven Board of Alders from July 2003 to the present, having been elected to seven successive two-year terms as 17th Ward Alderman.

Paolillo has also been a member of the Aldermanic Finance, Tax Abatement and Legislation committees, as well as the City Resources Allocation Subcommittee and the Special Committee on Ward Redistricting.

In addition, Paolillo has also been very active in community and civic organizations. 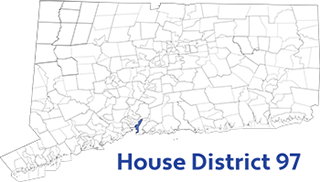