Jill Barry is proud to serve Glastonbury in the 31 Assembly District. She is the Vice Chair of the Connecticut General Assembly Education Committee and an Assistant Majority leader for the 2019 legislative session. Jill serves as a member on the Finance, Revenue, and Bonding Committee and Public Safety and Security Committee.

Jill is devoted to Glastonbury’s well-being and her involvement with Glastonbury’s Town Council since 2011 is a testament. During her time on the Council, Jill assisted businesses interested to expand or relocate. Jill initiated and passed the “Tobacco Free Parks” program in Glastonbury after hearing concerns from parents and coaches that saw people smoking near children at baseball games. She also enhanced Glastonbury’s appeal for visitors by working with the Town and the PTSO on securing new signs at Riverfront Park, detailing the rich history of the area.

In 2017, Jill was the second highest vote-getter on the Town Council. She was also recognized by the Connecticut Association of Schools with two awards for her volunteerism in 2014 and 2017.

Besides her work on the Council, she has been a Girl Scout Leader and a Religious Education Teacher at St. Dunstan’s Church. She currently resides in Glastonbury with her husband Shawn and three children, Emmett, Kaye and Jameson. 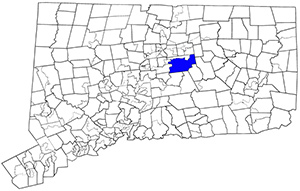