State Representative Robin Comey was elected in 2018 to serve the citizens of Connecticut’s 102nd House District in Branford.

Comey has been tapped to leadership positions including House Vice Chair of the Committee on Children, as well as co-chair of the CT Kid's Report Card Leadership Committee, appointed to the State Advisory Council for Special Education and a member of the Education and Public Health Committees.

She is dedicated to addressing issues facing Branford and Connecticut residents, from preserving the environment to advocating for health policies that improve access to care.

Rep. Comey is effective at reaching bipartisan support for solutions beneficial to all state residents and working with her colleagues to achieve maximum results.

During her first legislative session, she championed legislation to increase access to life-saving epinephrine in public places including theme parks, restaurants, day care centers, and overnight camps. Connecticut now joins 33 other states and the District of Columbia that have already passed similar legislation allowing public venues to maintain an epinephrine auto injector supply for anyone having a life-threatening allergic reaction.

Comey is a small business owner and non-profit leader who has worked relentlessly throughout Branford helping to improve the quality of life for residents. She has also played a key role in growing local tourism with events that attract visitors from all over the Northeast.

As a local advocate, she is known for efforts to enact programs and policies that support children and education. She was inducted into the 2019 Branford Education Hall of Fame for her tireless efforts in improving education in Branford.

She worked, alongside other advocates, to make Branford the first school district in Connecticut to effectively institute food allergies policy and management which became the model for state-wide legislation that passed in the Spring of 2017.

Comey is the executive director of the Branford Early Childhood Collaborative and serves on numerous health, education and civic organizations.

Robin is married and has two children who attend Branford Public Schools and lives in the Short Beach section of Branford. 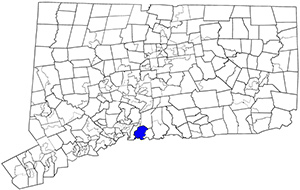