Jeff Currey, a lifelong resident of East Hartford by way of County Limerick, and a proud son, brother, and uncle, is currently serving a fourth term representing the 11th Assembly District, which is made up of parts of East Hartford, Manchester, and South Windsor. Jeff is a Deputy Majority Leader, chairing the Screening Committee on behalf of Majority Leader Rojas and serves on the Appropriations, Education, and Judiciary Committees. Starting in the 2022 legislative session, Jeff will serve as House Chair of the Commerce Committee.

During his time in the legislature, Jeff’s accomplishments include:

Jeff graduated from the East Hartford Public School System and received his B.A. in Theater from Wagner College in New York City. After graduating from college, he found his way back to a life of public service, something embedded in him from the time he was very young. Giving back to the community is a family tradition he enjoys continuing.

Jeff is the employed full-time with Goodwin University in East Hartford where he oversees the SNAP (Supplemental Nutrition Assistance Program) Employment & Training division, which provides free certification and associate degree programs to residents receiving SNAP benefits. Prior to joining the team at Goodwin, Jeff worked for the CT Department of Labor assisting in overseeing the Jobs First Employment Services Program for those on cash assistance throughout the state.

Jeff is also a current or past member of several organizations, including:

In his free time, besides long walks on the beach, he enjoys trying to keep up with his six nieces and nephews, as well as taking in the many sights and trails that our beautiful state has to offer. 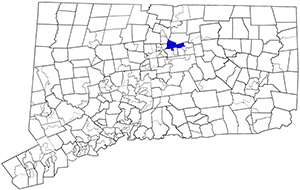