Representative Minnie Gonzalez was born in Adjuntas, Puerto Rico to a family of seven siblings. She graduated from Adjuntas High School and migrated to the United States in 1981.

Her parents, particularly her mother Virginia, were a big influence in her passion for people, relationships and resolution to assist underprivileged citizens. As a single mother to two sons and a daughter, she endured many adversities as a woman and as a minority, but she continued her mother's model and began to get involved helping others to improve their lives, being active in politics and in the community.

Minnie never intended to be a politician, but the community and political partners saw her natural skills and elected her as a Town Committee Member in 1986 and as a legislator for the 3rd district in 1996.

Her passion is representing those who cannot represent themselves. Minnie has worked many different campaigns throughout her political involvement. When she takes up an issue, she is tireless working feverously with no rest until a solution is found. As a State Representative, she has brought millions of dollars to Hartford to improve the quality of life of children and families, mainly in the areas of education, housing and youth services.

Before running for State Representative, she worked as a Special Deputy Sheriff in the West Hartford Superior Court for many years, as well as serving as Assistant Registrar of Voters.

Now in her 13th term, Minnie holds the leadership position of Deputy Speaker and serves on the Appropriations, Public Safety, Legislative Management and Housing Committees. 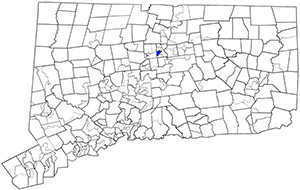