Joshua Hall is serving his second term in the legislature as State Representative from Hartford’s 7th District. As Vice-Chair of the Labor & Public Employees Committee, Rep. Hall played critical roles in the passage of two historic bills during the 2019 General Assembly session – raising the minimum wage to $15 per hour and creation of a Paid Family and Medical Leave program. Hall is also a member of the Appropriations and Finance, Revenue and Bonding Committees and the Black and Puerto Rican Caucus.

Upon graduating with honors and a bachelor degree in History Education from Norfolk State University in Virginia, Rep. Hall returned home to the 7th District to begin his career as a History Teacher at Weaver High School. He earned a Master of Science in Education Leadership from Central Connecticut State University.

Over the years, Rep. Hall has been the recipient of many awards and honors, including: Apple for a Teacher Award, 100 Men of Color Honoree, and CT NAACP 100 Most Influential Blacks.

Rep. Hall has spent his entire adult life working to empower children and families and giving back to the community who gave so much to him. He is keenly aware of both the opportunities and challenges faced by the community he serves. He advocates and fights for renewed investment in community schools, champions efforts to revitalize neighborhoods through the preservation of housing, and works to ensure that residents are able to achieve lasting economic security.

Rep. Hall is currently the First Vice President of the Hartford Federation of Teachers.

He lives in Hartford's Blue Hills neighborhood with his wife Timcia and their two sons. The Halls are members of St. Martin's Episcopal Church. 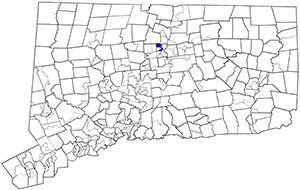