Susan Johnson was first elected to the legislature in November of 2008.

Susan graduated from Eastern Connecticut State University, and worked as an advocate for Medicare beneficiaries at Connecticut Legal Services and at the Center for Medicare Advocacy for almost twenty years. During that time, she attended the Western New England College, School of Law.  Currently she works in the Willimantic-based private practice law firm O’Brien & Johnson with her husband, Dennis O’Brien.

As a former selectman of the Town of Windham, Susan Johnson chaired the utilities committee and the Mid Northeast Recycling Operating Committee, which created the first regional hazardous waste recycling center in Willington. Susan helped create the Julia De Burgos Poetry Park, heralded in the New York Times. She secured funding for a housing code enforcement officer. Dedicated to the preservation of our environment, Susan Johnson currently serves as Chair of the Inland Wetlands and Watercourses Commission for the Town of Windham.

Susan and her husband co-host “Let’s Talk About It,” a popular weekly public affairs show on WILI-AM radio, Willimantic, which Susan helped launch in 1999.

Representative Johnson is Chair of the Regulations Review Committee and also serves as a member of the legislature's Appropriations Committee and Education Committee.

During the 2018 Legislative Session, Rep. Johnson garnered funding for a Willimantic parking garage, planned to be constructed adjacent to the Willimantic Public Safety Complex between Walnut and Meadow Streets.

She also advocated for funding to support Connecticut veterans by expanding access for mental health services to recover from post-traumatic stress disorder, traumatic brain injury or military sexual violence, and reintegrate into society.

In 2017, she worked with members of the General Assembly, Office of Lt. Governor Nancy Wyman and the Public Health Committee to create the Office of Health Care Strategy in the Department of Public Health to ensure equal access to health care and all levels of care are provided evenly across the state. 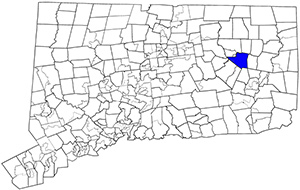