Geoff Luxenberg is honored to serve as State Representative for the 12th House District of the Connecticut House of Representatives where he proudly represents Manchester. He is a current member of the Judiciary, Labor and General Law Committees.

Geoff previously served in the Connecticut General Assembly from 2011 – 2015. During his tenure, he secured $300,000 to complete Manchester’s sidewalk upgrade project. In addition, he delivered $425,000 to make the Whiton Library ADA accessible and to prevent it from closing. Geoff also helped create the Earned Income Tax Credit to help working class families and defended it from budget cuts.

In 2013, and in 2019, Geoff began addressing the issue of crumbling foundations after seeing its effect on the Manchester community, so he founded the bipartisan crumbling concrete caucus to work on the issue. The Caucus has already implemented four out of the five installments of $20 Million for the Crumbling Foundations Assistance Fund. Most recent, during the 2020 September 30th Special Session, The house passed legislation that made improvements to the low interest loan program, broadening eligibility, granting associations access. This directly benefits more middle class and working class condo owners in Manchester and across the State.

Prior to his service in the legislature, Geoff served on the Manchester Board of Education where he introduced the first Connecticut municipal level, “Achievement Gap” task force designed to address disparities in educational outcomes. He was the former Vice President of the Manchester Foundation for Public Schools and served on the Commission for Elderly Services and People with Disabilities for the Town of Manchester. Geoff has volunteered for Relay for Life for the American Cancer Society, participated in the Manchester Rotary Club, and volunteered at Manchester’s Rebuilding Together community service day.

Geoff is the proud husband to his wife Jessica, and father to his kids, Mack, Zamira and Zoey. 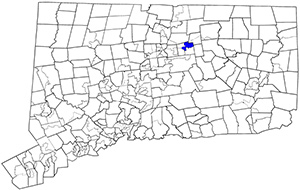