There were no easy solutions this year, as we faced multi-billion dollar deficits again.  Neither the Democratic nor the Republican version of the budget had enough support to become law. Special session lasted all summer and most of the fall.

The Governor threatened to cut municipal aid to schools, and towns like Wallingford would have taken large hits—up to $14 million in one early proposal. To end the budget crisis, leaders crafted a bipartisan compromise. However, by working outside the normal process, leaders included proposals and language that did not get vetted.

Key features of the bipartisan budget:

The budget protected, as much as possible, legislative priorities like:

Most of my effort was spent on inserting efficiency and workforce recommendations into the bipartisan budget and blocking efforts to cut Wallingford’s school aid. I was relieved to see a bipartisan solution. However, on voting day I discovered non-budget language to weaken pollution control permits hidden in the budget, and voted against the bill.

Please email me or call if you need assistance or details on legislation.

Pregnant Women In The Workplace

For far too long, women have been losing out on opportunities to advance in the workplace due in part to unfair treatment with respect to pregnancy. Women’s full participation in the workforce is essential in a successful economy. This bill strengthens current protections for pregnant and nursing women under the state’s anti-discrimination law. It requires employers to make reasonable accommodations for these employees, such as allowing them to sit while working, modified work schedules, and time off to recover from childbirth. Additionally, this bill goes further by setting up protections that prevent an employer from discriminating against pregnant women.

In response to the scandal at Choate School where several teachers were accused of sexual abuse over the course of decades, we passed legislation that holds private schools to the same background check standards as public schools. In addition, we strengthened reporting requirements for when abuse is suspected.

In recognition of Connecticut’s aging roads and bridges, the General Assembly passed a resolution to ask voters if they would like to prioritize transportation funding. Because we passed this resolution, a question will appear on the 2018 ballot asking voters to weigh in on whether CT should amend its constitution to “lock-box,” or protect, special transportation funds. If enacted, the legislature would be prevented from enacting any law that would authorize spending transportation funds for other purposes.

Having a high-skilled workforce is critical to attracting new businesses, keeping the high-performing companies we have, and connecting our residents with good-paying, quality jobs. That’s why the budget funds an important new initiative that will strengthen existing workforce development programs and implement new job training opportunities using a mix of public and private funds. The budget provided funding to continue the successful work of Platform to Employment, the state’s apprenticeship program for older and long term unemployed workers.

The newly passed state budget maintains funding for important programs that our small businesses rely on, including: the Bioscience Innovation Fund, Angel Investor Tax Credits, and the Women’s Business Development Council. Each of these programs provides resources and guidance for growing industries and Connecticut-based entrepreneurs. While the overall state budget reduces state spending for a number of programs, it is important that we not abandon successful programs that are creating jobs.

The budget strengthened our existing spending cap. Under the new cap, funding for pensions, distressed municipalities, and money used to receive matching federal grants will all come under the cap over time. This is important because it more accurately reflects what we are spending as a state and will force future legislatures to prioritize spending on programs that work and that our communities need. In addition, because it passed with such a significant majority, it will be harder to change the definition of the cap in the future.

The budget created a $1.9 billion cap on state bonding. This cap will help to control the projected increases in debt service payments, and will require the Governor and State Bond Commission to prioritize what projects are most worthy of bonding. With this cap, by reducing bonding this year, we expect to save nearly $30 million in debt service payments in the next fiscal year.

This year in Connecticut, more people will fall victim to drug overdoses than from car accidents and gun violence combined. This session, Connecticut took action and passed legislation to combat drug abuse and addiction. The legislation reduces the maximum opioid drug prescription for minors from a 7 day to a 5 day supply, requires health insurers to cover medically necessary detox treatment, requires medical providers to discuss opioid risks with patients, and eases restrictions on destroying unused medications.

A part of the budget includes a provision that will exempt social security and pensions from the state income tax starting 2019. This will help provide much needed tax relief to retirees and allow them to keep more of their own money.

Making college more affordable is one of our top priorities. The state budget restored over $50 million to the University of Connecticut from a Republican budget that would have led to dramatic tuition rate increases and cuts to our flagship university. In addition, the legislature took two important steps aimed at lowering the cost of attending our state’s public colleges and universities by cutting red tape making it easier for schools to secure goods and services while still requiring strong oversight policies. Also, we required state schools to establish guidelines to minimize student costs and cut down on textbook costs.

Unfortunately, with some of the tough budget decisions that were made the legislature made cuts to important programs such as the Green Bank and the Energy Efficiency Fund. These funds help lower energy costs, support green initiatives and create good paying clean energy jobs. Although I am glad the budget restored some of the Green Bank funding, I know we will have to work on ways to maintain the state’s commitment to clean energy investments in the energy marketplace. 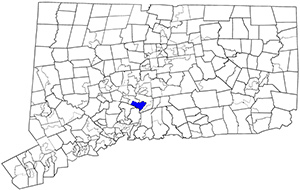