Hilda E. Santiago was elected to serve Meriden’s 84th Assembly District in 2012. During her tenure, she has served as Deputy Majority Leader and on the legislature's Finance, Revenue and Bonding, Government Administration & Elections, and Human Services Committees.

Most recently, citing her great sense of commitment and dedication, Hilda was promoted Assistant Deputy Speaker Pro-Tempore by Speaker Matt Ritter. She is the first female and Latina to be named to this high-ranking leadership position in the House. Speaker Ritter said that Rep. Santiago is always ready and willing to work without hesitation on issues important to the caucus and when choosing leaders to help move legislative priorities forward, we must rely on those who can go the extra mile to get us to the finish line.

Born in Naranjito, Puerto Rico and raised in New York City, Hilda's family moved to Meriden, Connecticut during her senior year of high school, where she attended and graduated Orville H. Platt High School. She obtained a Bachelor of Science in Secondary Education from Southern Connecticut State University, majoring in History and Latin American Studies.

Hilda has been a strong advocate of civil and human rights as well as an avid supporter of Latino equality throughout her years in college and as a community activist in Meriden.

Having been involved in local politics since 1990, Hilda was appointed to serve on the City Council in 1996 for one year and later became the first Puerto Rican female to win an open seat in Meriden's City Council in 2005. She has also served voluntarily on various local boards including the United Way, YWCA (WFC), Child Guidance Clinic, Catholic Charities, Kiwanis and Casa Boricua of Meriden.

Hilda is the proud mother of two children, who are the source of her inspiration and motivation. 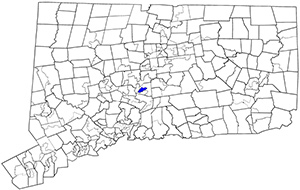