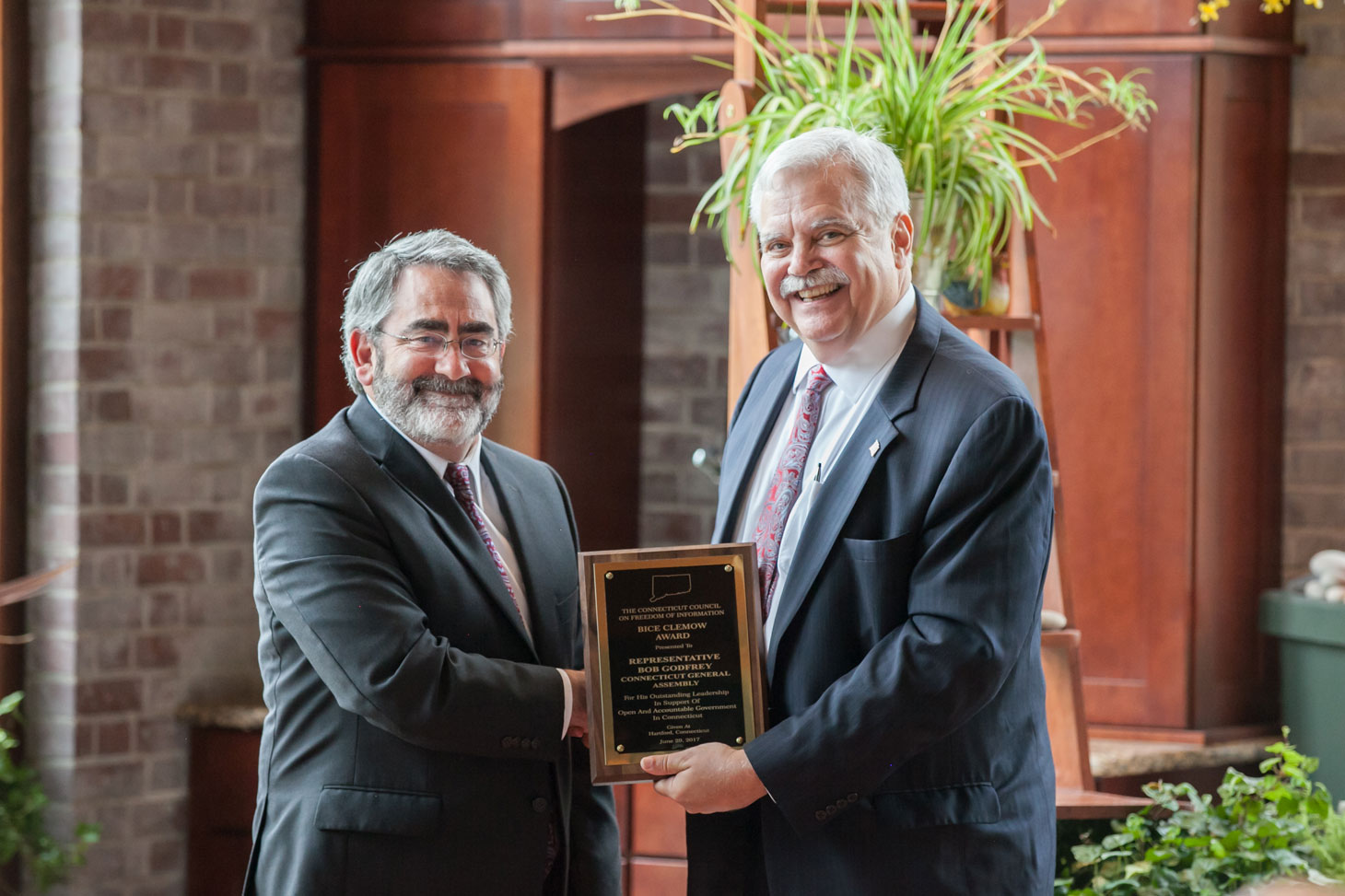 CCFOI has led the fight in Connecticut for open and transparent government for over half a century. As an elected official, I have always held that the people of our state got us into office, and they have a right to know what we’re doing while we’re here. Too often, public officials have treated the Freedom of Information Act as an inconvenience to be circumvented, rather than as an integral part of an open democracy. I will always stand against any attack on the people’s access to their government.

In March, I wrote an op-ed published in the Danbury News-Times that denounced recent efforts by state legislators and the executive branch to weaken the Freedom of Information Act and impose devastating budget cuts on the FOIC.

​My previous work in support of open government includes successfully fighting to: