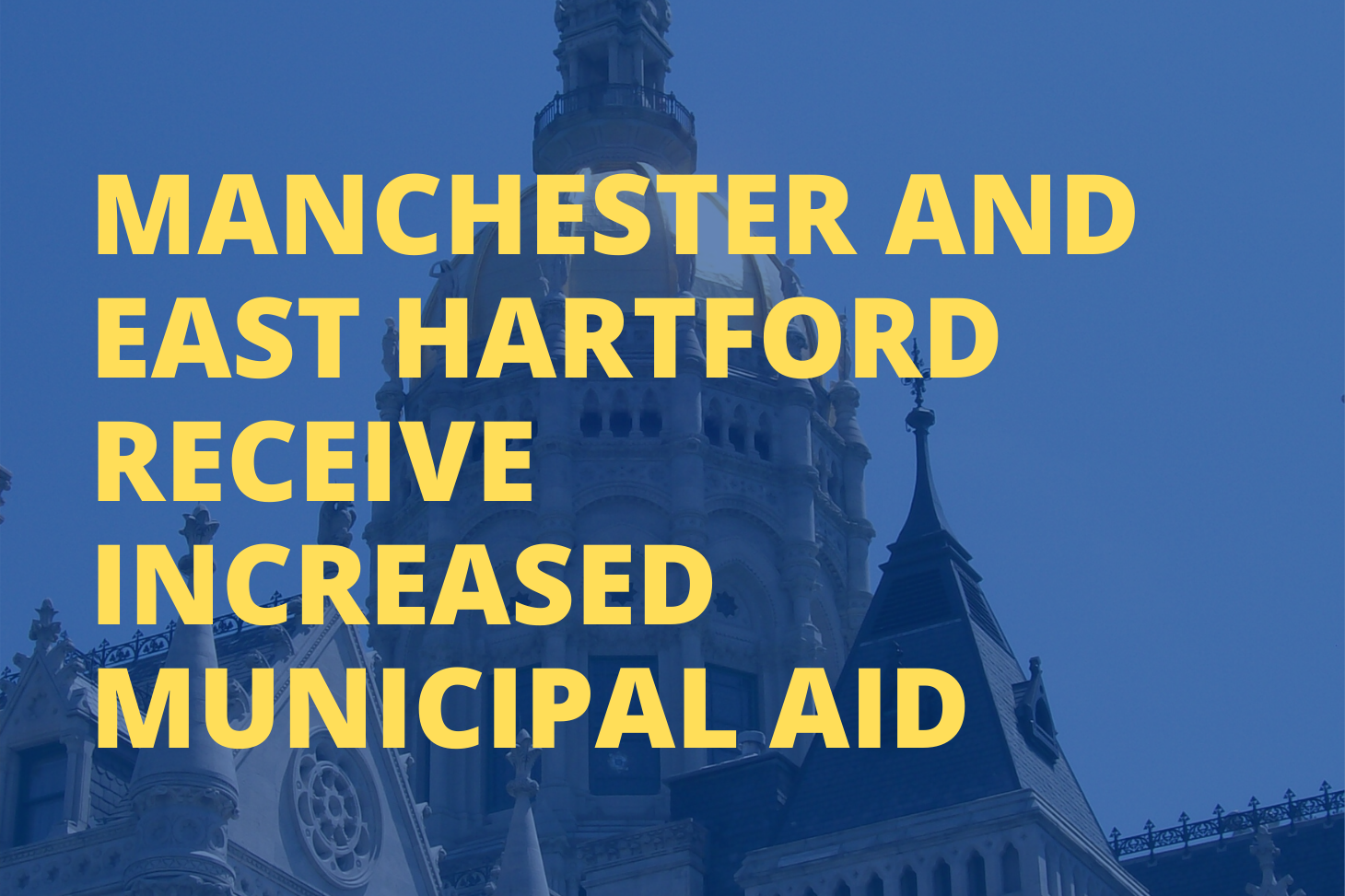 The allocations included in HB 5518 will provide relief to cities and towns that lost revenue as a result of the property tax exemption on manufacturing and machinery equipment.

"We are pleased with the results of the bond allocation. This will certainly help with property tax relief in East Hartford," said Representative Genga. "Governor Lamont has lived up to his responsibility in recognizing the needs of municipalities, like East Hartford and he has provided funds for general developments along the riverfront."

“Getting the bond bill passed is one of my primary responsibilities as House Chair of the Finance, Revenue and Bonding Committee and I want to thank the Governor and his administration for their support in getting a number of important priorities funded including critical municipal aid programs,” said Representative Rojas. “I am particularly happy that we were able to add some additional funds to reimburse towns and cities for the revenue loss they experienced due to the property tax exemption on manufacturing and machinery equipment. This will have a significant impact on East Hartford and Manchester with funds in the bond bill resulting in an additional approximate $360,000 for Manchester and $1.8 million for East Hartford in each of the next two fiscal years.”

“I am pleased that we were able to pass a bonding package that included $10 million in grant-in-aid for the Town of East Hartford to meet both its need for immediate capital improvements and for general economic development. This represents a significant investment in our community's infrastructure, the removal of blighted property, the construction of new housing, and major improvements to our town’s riverfront district,” said Senator Anwar.

East Hartford's municipal aid will increase $1,860,847, the largest increase awarded to any municipality in Connecticut. Overall, the bond bill includes approximately $16 million in authorizations that will be distributed to towns and cities across Connecticut for municipal projects.

The State Bond Commission has yet to set a date for a meeting.