Last week, I joined nearly 40 local police chiefs from around the State who made the trip to the Capitol to urge swift action on HB 6200, An Act Concerning Presentation of a Carry Permit. This bill, which I co-introduced and is now pending before us in the Judiciary Committee, would require an individual who is openly carrying a pistol or revolver to produce their permit upon request of a law enforcement officer if the firearm is visible to such officer. 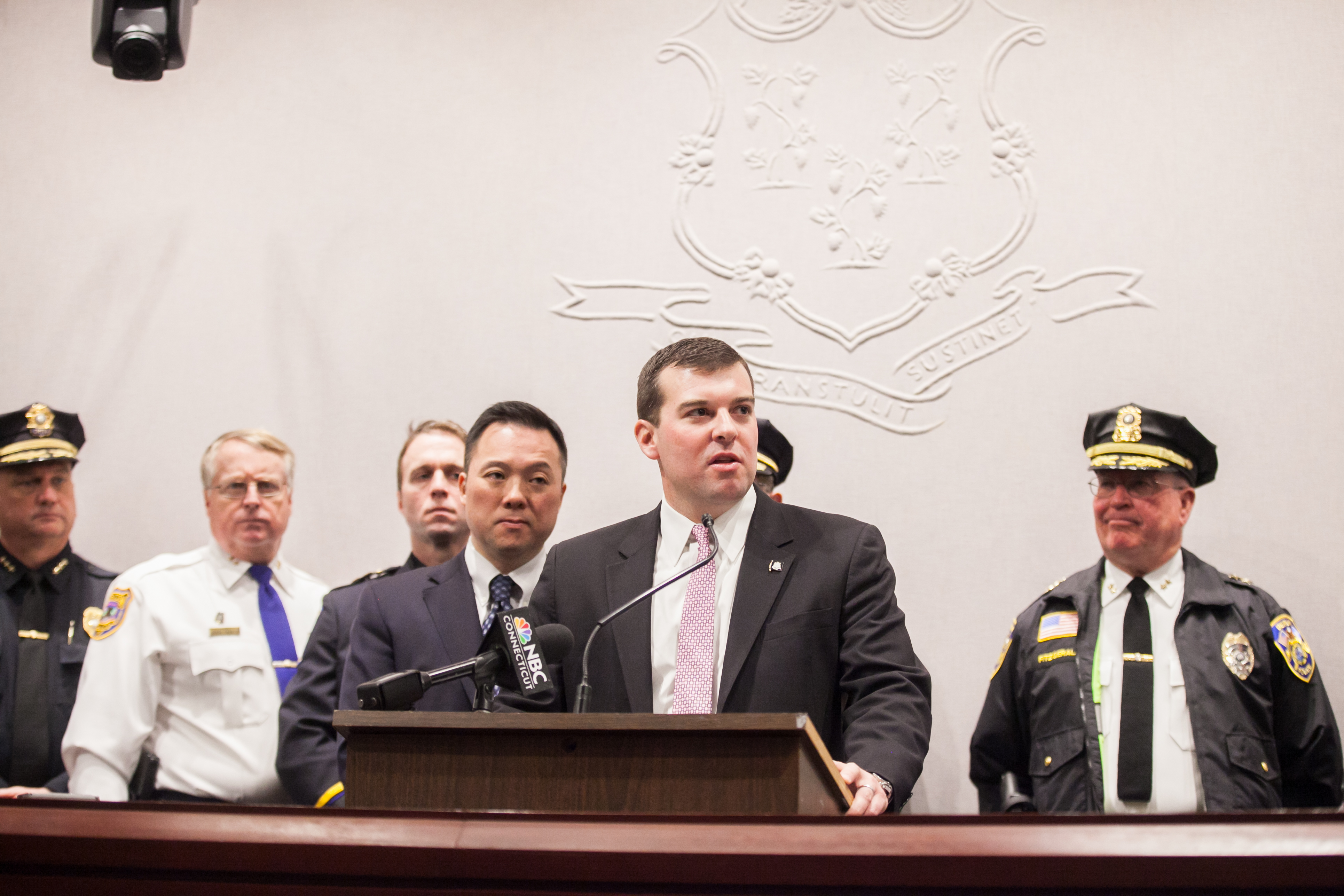 The need for this bill is clear, especially after recent incidents around the State, including at a Downtown Bridgeport sandwich shop, where individuals openly carrying guns refused to cooperate with law enforcement officials. Current law already requires citizens who are armed in public to carry their handgun permit with them. However, unfortunately, currently law does not allow a police office to ask to inspect that permit. It is only common sense that the law be amended to require a person openly carrying to produce the permit to confirm they are lawfully carrying, and not a threat to public safety or the officers themselves.

I am proud to stand with police chiefs from around the State, including our own Bridgeport Police Chief, A.J. Perez, in support of this important legislation.

Please click below to see a portion of my remarks.