Christine Palm represents the 36th General Assembly district, covering the beautiful Connecticut River towns of Chester, Deep River, Essex and Haddam. Before being elected, she served as women’s policy analyst for the General Assembly’s Commission on Women, Children and Seniors (CWCS), a group that advocates for policies that enhance the safety and economic security of these three under-represented populations. Before that, she was communications director of the Permanent Commission on the Status of Women (PCSW). She also served as media director for the Office of the State Treasurer.

Having worked in both the Executive and Legislative branches of government, Palm understands the grave responsibilities and the singular opportunities of serving in the General Assembly. As a policy analyst charged with working on legislation to secure women’s rights, she advised lawmakers on both sides of the aisle on such issues as paid family and medical leave, pay equity, domestic violence, the Baby Safe Haven adoption law, and human trafficking prevention. In addition, she assisted her colleagues at CWCS in their work on opioid prevention, school bus safety, early childhood literacy, anti-bullying measures, and protecting services for senior citizens, including Medicare and Medicaid.

Palm, a graduate of Goddard College, has been a journalist, high school teacher, communications manager, and small business owner. She is the author of “Preparing the Ground,” published by Finishing Line Press, and a teacher’s guide and film series entitled: “What the Dead Know: Bringing to Young Audiences the Poetry of Seven Modernists Buried in New England.” She was nominated for a Pulitzer Prize for her essay writing.

Palm is the owner of Sexual Harassment Prevention, LLC, which works with corporate, academic and non-profit workplaces to protect workers, prevent lawsuits, and create workplace environments free from the devastating effects of sexual harassment. This is her first term as a state legislator. 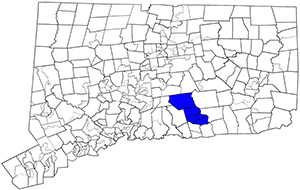