Matt Blumenthal is a first-term State Representative serving the 147th District, which covers North Stamford, Springdale, Westover, and the western part of Darien.

He is the House Vice Chair of the Judiciary Committee. He also serves as a member of the Education and Government Administration and Elections committees.

Matt received his Juris Doctor degree from Yale Law School. He earned his undergraduate degree from Harvard University, from which he graduated with high honors.

Before attending law school, Matt served as an Infantry Officer in the U.S. Marine Corps Reserve, commanding a rifle platoon in Charlie Company, First Battalion, Twenty-Fifth Marines. He served roughly two and a half years on active duty and deployed to Marjah, Afghanistan as part of Operation Enduring Freedom.

At Yale Law School, Matt represented veterans who had been wrongly deprived of respect and benefits because of unfair and unlawful discharges. His work helped pass a Connecticut law reducing veteran unemployment by giving veterans civilian credit for their military job skills. His team also fought for – and won – visas for an Afghan interpreter and his family threatened by the Taliban because of his service with the U.S. military.

Upon graduating law school, Matt served as a judicial law clerk for Hon. Diane P. Wood, Chief Judge of the U.S. Court of Appeals for the Seventh Circuit.

He has also served as a supervisor at the Rule of Law Clinic at Yale Law School, which fights the current presidential Administration’s excesses against the most vulnerable Americans, the environment, and the rule of law. 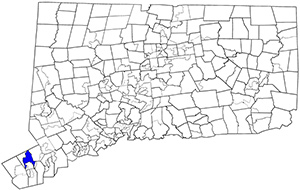