Since winning the 88th District House seat in the Connecticut General Assembly in 2016, State Representative Josh Elliott has advocated for implementing progressive policies that will help improve Connecticut’s economy and allow it to remain competitive with surrounding states.

Elliott, who grew up in Connecticut and attended high school in Hamden, graduated with a B.A. in Sociology from Ithaca College. He later went on to obtain his J.D. at Quinnipiac School of Law. As co-owner of Shelton’s The Common Bond Market and Thyme & Season in Hamden, which he also manages– two family-run natural food stores – Elliott recognizes the importance of investing in working families and businesses, both large and small.

Elliott is working to ensure that Connecticut employs quality public health standards by pushing for a requirement that all children in the public education system receive proper immunizations. Elliott is also dedicated to improving the treatment of Connecticut's incarcerated population. He is an active advocate of banning the use of solitary confinement and has independently championed a bill that will provide certain telecommunication services at no cost.

Elliott believes so deeply that the right to vote is a fundamental feature of government that he has sponsored several bills aimed at efficiently reforming Connecticut’s electoral system. Among these are a bill that would restore voting privileges of formerly incarcerated individuals on parole, and a bill that would implement a ranked-choice voting system, which would allow a voter to rank candidates by their preference.

Elliott pushed for Connecticut to be the first state to remove the cost for incarcerated individuals to make phone calls to loved ones. Prior to this Connecticut had the highest cost in the United States for these calls. Studies show a positive correlation between family communication and lower reincarceration rates.

He has spearheaded efforts to legalize the use of recreational marijuana, sought to equalize property tax rates, and consistently supported establishing a more equitable tax structure.

Elliott currently serves as Deputy Speaker. He is also a member of the Finance, Revenue & Bonding Committee, the Public Health Committee, and the Judiciary Committee. 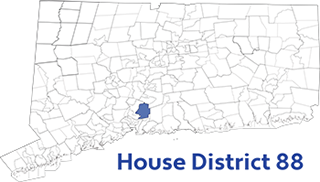