First elected to the Connecticut General Assembly (CGA) in 2010, Representative Gregg Haddad is proud to continue serving the 54th District. He was appointed as the Chair of the Higher Education & Employment Advancement Committee for the 2023 – 2024 Legislative Session and will also be a member of the Government Administration & Elections Committee, as well as the Appropriations Committee.

Prior to being elected to the CGA, Gregg served as the Deputy Mayor on the Mansfield Town Council for 11 years. He used his position to provide leadership on numerous issues important to Eastern Connecticut residents. Gregg supported good schools, passed balanced budgets for 11 years, and was a champion for open space preservation and responsible development. He also served on Mansfield’s Planning and Zoning and Inland Wetland Agency before his role on the town council.

In addition to being Vice-Chair of the New England Board of Higher Education, he also serves on its Legislative Advisory Committee. Representative Haddad is also a member of the Board of Directors for the ACCESS Community Action Agency in Willimantic. Previously, Gregg was a member of the Mansfield Downtown Partnership Board of Directors, where he worked to help create a vibrant, well-planned town center for Mansfield. He also served on the Board of Directors of the Mansfield Discovery Depot, a non-profit community-oriented daycare that serves area families. Gregg also served as the Democratic Town Committee Chairman for six years.

Haddad’s years of experience contribute to his commitment to standing strong on the issue of college affordability, and his opposition to cuts to state funding for towns while continuing to support a balanced budget. He is also a champion for good government reforms that improve access to voting and help to ensure clean responsive government. Gregg authored the law that provides free access to community college to in Connecticut and the law that opened access to financial aid to students without regard to the immigration status.  He strongly supported the constitutional amendment to allow for early voting.

Before his role as a state representative, Gregg worked at the state legislature for 14 years with the Senate Democrats as a Legislative Aide to former State Senator Mary Ann Handley and as Assistant Chief of Staff to former State Senator and President Pro Tempore Donald E. Williams, Jr. He also worked with the Connecticut Citizen Action Group (CCAG)—a statewide non-profit citizen organization.

While earning his degree in Physics from the University of Connecticut, Representative Haddad met his wife, Donna Becotte. As a result of their love for the community, they chose to live in Storrs.  They have one child, their daughter Natalie. 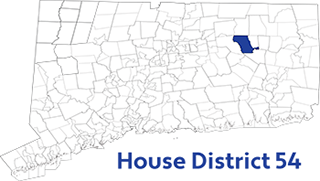