Rep. David Michel is proud to serve as State Representative for the 146th House District, which is wholly in Stamford, and spans much of the South End neighborhood, Shippan, and downtown. He is determined to advocate on behalf of his constituents to protect the environment and improve Connecticut’s economy. Rep. Michel moved to the U.S. from France when he was 14 years old and has lived on Long Island Sound ever since.

Rep. Michel looks to bring his experience as a devoted environmental activist and entrepreneur to Hartford to work hard on social and environmental justice. He is a long-time resident of Stamford and understands the needs of his district. In the past five years, Rep. Michel collaborated with city managers, elected officials and state agencies to advocate for the City of Stamford to construct a barrier to prevent trash from blowing into the Long Island Sound from the Stamford Transfer Station.

He has also enlisted the help of local volunteers to clean up Stamford’s parks, streets, beaches and wetlands and the combined effort resulted in the removal of approximately 15,000 pounds of trash. Rep. Michel has also worked on issues concerning homelessness in Stamford.

Rep. Michel genuinely cares about the environment, and has travelled to Florida beaches on multiple occasions to shepherd critically endangered sea turtles and their hatchlings to the sea. There are five species of sea turtles found in Florida, and all of them are threatened or endangered due to overharvesting.

At the Capitol, Rep. Michel will work diligently on behalf of his constituents. His diverse background makes him a unique public servant who is passionate about fighting for Connecticut’s residents and the environment.

On January 4, 2023, Rep. Michel was sworn in to his third term. He has been appointed as Assistant Majority Whip. He will serve on the Environment Committee, Planning and Development Committee, and Transportation Committee. He is also the House Democratic Chair for the Legislators for Animal Advocacy Caucus. He was the proponent and is a member of the Offshore Wind Commission on Environmental Standards. 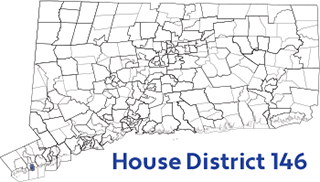