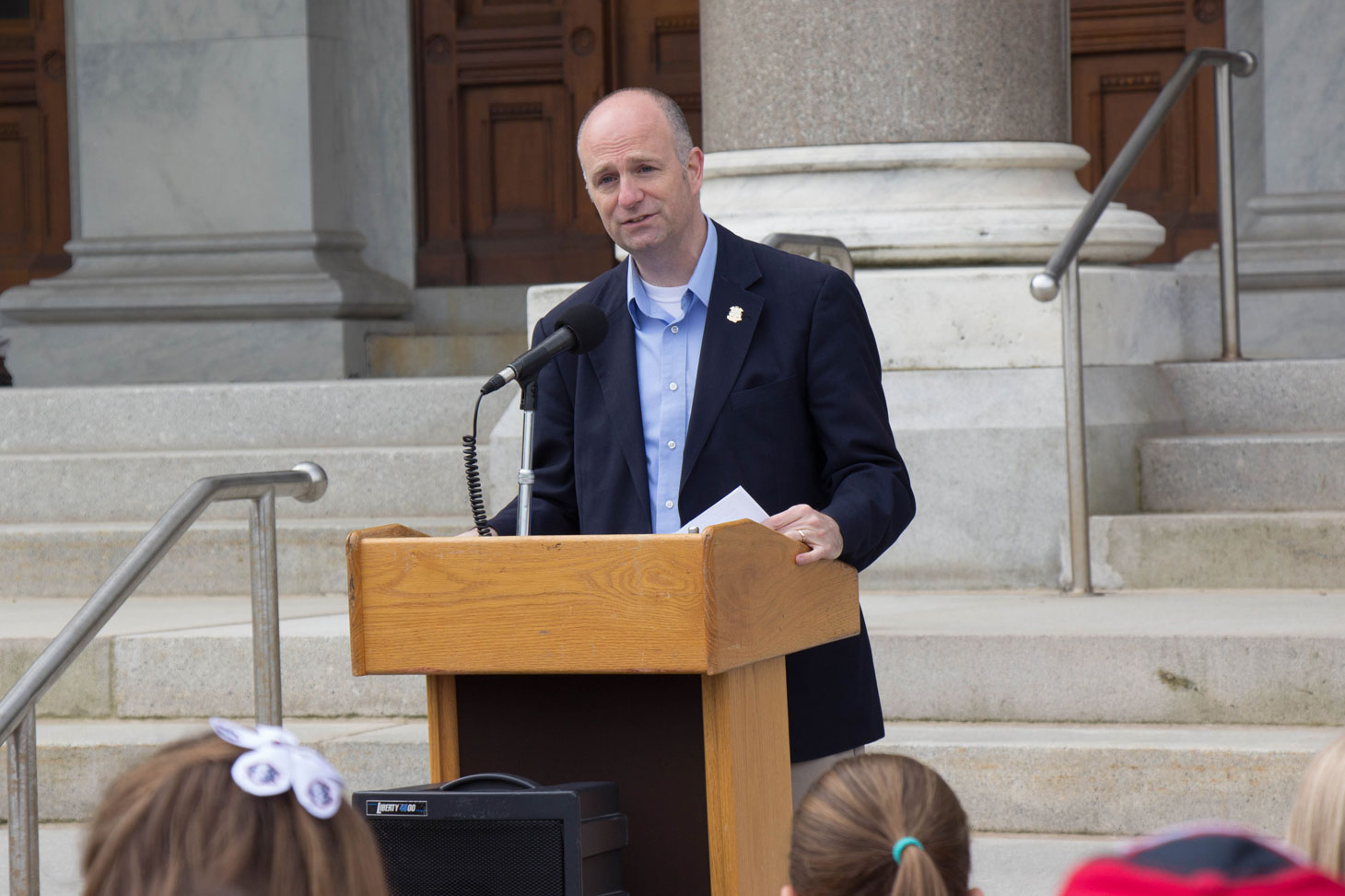 
Today I gave a send-off from the State Capitol steps to 55 students traveling to the National Invention Convention and Entrepreneurship Expo (NICEE). I was joined by Governor Malloy and corporate representatives from UTC and Stanley Black & Decker.

The Connecticut inventors in grades four through twelve will travel from the State Capitol to Washington, D.C. to compete at the convention on May 21 at the U.S. Patent and Trademark Office. This is the first national competition of the popular program and the first delegation of Connecticut students to be attending and competing. Connecticut's inventors will join more than 260 students from 15 other states at the convention.

The event is organized by the Science, Technology, Engineering, and Math linked to Invention and Entrepreneurship (STEMIE) Coalition, a national organization that emerged from the Connecticut Invention Convention.

The Invention Convention is a great educational program, and I’m glad to see it being expanded through this national convention. It gives students a great sense of pride to be able to take their idea and see it through to a completed product, and it's also a great way to encourage students’ interest in STEM fields.