Highlights of the 2017 legislative session


As Connecticut’s largest city, it is vital that we do everything we can to invest in Bridgeport’s local infrastructure, economy and downtown.

During the General Assembly’s 2017 regular session, the Bridgeport legislative delegation worked tirelessly to pass key bills that fortify the city’s standing as a local and national leader in cutting-edge technology and renewable energy.

These bills stand to have a positive effect on the city and its residents, and will help propel Bridgeport decades into the future.

Foot traffic at Bridgeport’s entertainment attractions will increase thanks to new legislation passed this year. Bridgeport stands to benefit from House Bill 6948, which will create a statewide entertainment council that will work to secure more concerts and events at Webster Bank Arena and the Ballpark at Harbor Yard. While these events will increase the number of patrons who visit the city’s shops and restaurants, it will also help Bridgeport’s bottom line. Last year, the legislature passed a bill that allows the city to collect a 5 percent service fee on all tickets sold at each entertainment venue.

Under H.B. 6304, Bridgeport is slated to become a national model for the reuse of waste heat. The legislation seeks to establish a pilot program in the city to test-drive thermal district heating technology. Through this, the city will be able to build a Combined Heat and Power Plant that will support the Bridgeport Heating District. This cutting-edge technology is the most cost-effective way to heat cities while minimizing environmental impact.

Driving into the future

Bridgeport has always been a city that embraces advanced technology. Now, the city has the opportunity to be at the forefront of the future of transportation. Under Senate Bill 260, a task force will be created to study the effect autonomous vehicles will have on the state. Bridgeport was also selected to establish a pilot program that will allow the city to test driverless vehicles locally. The combination of Bridgeport’s metropolitan setting and the progressive technology available, will allow the city to determine the feasibility of using autonomous vehicles in both urban and suburban areas of Connecticut.

Investing in our facilities

In May, the Connecticut State Bond Commission approved $3.19 million in funding for a construction contract for phase II of the parking garage repairs at Housatonic Community College, and $2 million in aid which will allow the Southwest Community Health Center to replace its facility at the Marina Village public housing project.

This year, the commission also approved $1 million in funding for the Bridgeport Public Library to construct a technology center and purchase technology equipment.

It is vital that we continue to invest in our schools and local libraries to ensure residents have access to the tools and resources they need to be successful in their careers and educations.

While the Bridgeport legislative delegation has made significant improvements to the city’s local infrastructure, economy and entertainment venues, our work is not done.

With the legislature set to head into special session to adopt a spending package, the Bridgeport delegation and I remain committed to making sure the city receives the funding and direct aid it needs to maintain its quality of life. 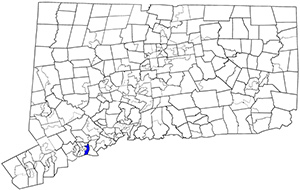